Blimey! I’ll just be adding this to my Christmas list…

The first episode of the new season. Andrew Marr and guests stop to consider the natural world and the changing seasons. When James Rebanks first learnt to work the land, at his grandfather’s side, the family’s Lake District farm was a key part of the ancient landscape and was teeming with wildlife. By the time he inherited the farm, that landscape had profoundly changed. In English Pastoral, his follow-up to best-seller The Shepherd’s Life, Rebanks assesses the revolutionary post-war farming methods – and the unintended destruction they caused. He looks at what can be done to restore rich soil and flourishing fields. Since the start of the pandemic, novelist and nature writer Melissa Harrison has been documenting the wonder of the natural world, bringing the sights and sounds of her Suffolk countryside to homes all around the country. In her podcast The Stubborn Light of Things she plays close attention to what’s happening on her doorstep, from the arrival and departure of the swifts, to the bloom of the hawthorn, to the hunt in the undergrowth for glow-worms. A collection of Harrison’s monthly nature notes from The Times are due to be published this November. A much underrated and unnoticed part of the natural world are fungi, according to the biologist Merlin Sheldrake. In Entangled Life he celebrates the ingenuity, extravagance and strangeness of fungal networks. Neither plant nor animal, fungi are found throughout the earth, in the air and in our bodies. They can live on a speck of dust or spread over miles of underground mazes. While fungi gives us bread and life-saving medicines, they have also transformed our understanding of the way plants communicate with each other via the ‘Wood Wide Web’.

We’re getting the first look at the upcoming second season of His Dark Materials.

Breaking New Ground is a pioneering 21-month project to digitise 10,000 images from the John Laing Photographic Collection, covering the post-war period of this world-renowned construction company. The complete collection numbers nearly a quarter of a million photographs.

The inimitable observer of the country house PG Wodehouse wrote: “The cup of tea on arrival at a country house is a thing which, as a rule, I particularly enjoy. I like the crackling logs, the shaded

Source: The 30 best country houses on sale in the UK now | Bricks & Mortar | The Times

Who wants to pool some money for a few lottery tickets?

Margaret Thatcher and Princess Diana appear in the fourth series of The Crown, while Nicole Kidman and Hugh Grant star as husband and wife in The Undoing

Source: The best TV drama series to watch in Autumn 2020, from The Crown to Des

Though phone booths are seemingly obsolete, the red telephone boxes of the U.K. are finding remarkable new uses.

Following in similar footsteps as Portrait of a Lady on Fire, the first Ammonite trailer finds Kate Winslet and Saoirse Ronan in a forbidden romance.

This looks great! Set in Dorset. Going to be beautiful to watch!

Henry Cavill, Sam Claflin and Helena Bonham Carter co-star in the adaptation of the Nancy Springer novels about the teen sleuth.

This looks great! And fun! 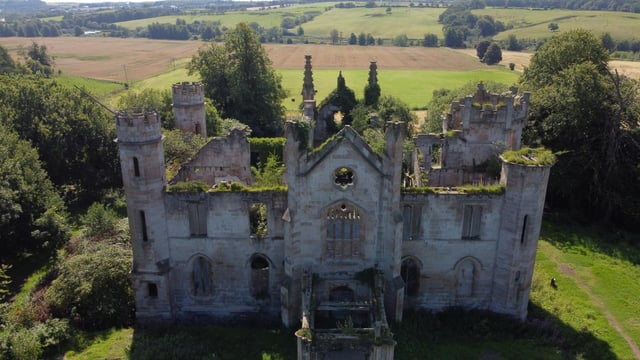 Dramatic new images show the extent of decay at a former country house that was once hailed as one of the most outstanding in the country.

Source: The country house of the super-rich that is now slipping away | The Scotsman

The custom of tŷ unnos – house in one night – was a commonly-held folklore across Wales.

A royal charter was used to stop a pop-up market in Leicestershire this month. What are they and why do we still adhere to them?

An impromptu market in Leicestershire was halted by a royal charter – but why do we still have them?

Whoopi Goldberg reprises her lead role from the hit 1992 film Sister Act, which will also star Jennifer Saunders as the Mother Superior.

How much I wish I could go back to the bookshops of old London. When I saw these evocative photographs of London’s secondhand bookshops taken in 1971 by Richard Brown, it made me realise how much I miss them all now that they have mostly vanished from the streets.

A variant on the classic London Underground tube map has been released, with all the stations renamed after astronomical objects and events.

Source: London tube map based on the stars in the skies – ianVisits – London news and events
#london

Ever alighted at Earl of Oxford’s Roundabout? Visited Beorhstige’s Meeting-Stone? Or caught a mainline train from Muddy Pond Street?

Chances are you’ve actually done all of these: at least you have if you go by this etymological tube map.

Source: This London Tube Map Tells You Where The Station Names Originated | Londonist

You can now stay at Harry Potter’s birthplace in Godric’s Hollow. Less than two hours from London, you’ll find the lovely Lavenham. This idyllic village boasts over 340 listed buildings, including the gorgeous De Vere House, which you may recognise from Harry Potter and the Deathly Hallows. Believe me, after just a short walk around […]

Source: The Spellbinding Spot Where Harry Potter Was Born Is Now Available On Airbnb – Secret London

A new support structure for the 3,600-tonne ship will also replicate the ship being afloat.